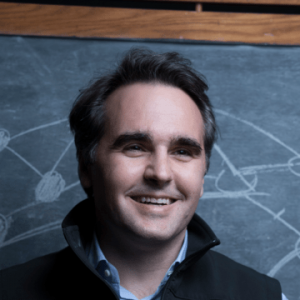 Keynote: “Complex Centrality: Predicting Influence in Social Networks”.
Abstract: Who are the “influencers” for behavior change? Network strategies for predicting influence in social networks are based on techniques for locating the most central individuals. Based on my new book, Change: How to Make Big Things Happen (Little Brown/Spark, 2021), I present a new method for identifying the network locations that are most effective for spreading behavior change. I show how the novel measure of complex centrality, can significantly improve the scientific capacity to identify both the network structures and node locations best suited for spreading innovations. We validate our computational theory of influencers on 70 empirical networks taken from the AddHealth database, and then confirm our theoretical predictions with an experimental study on the spread of a microfinance program in 43 rural Indian villages. The findings show that complex centrality significantly outperforms all existing approaches to identifying “influencers” within social networks.
Bio: Damon Centola is the Elihu Katz Professor of Communication, Sociology and Engineering at the University of Pennsylvania, where he is Director of the Network Dynamics Group and Senior Fellow at the Leonard Davis Institute of Health Economics. Damon’s research centers on social networks and behavior change. His work has received numerous scientific awards, including the Goodman Prize for Outstanding Contributions to Sociological Methodology in 2011; the James Coleman Award for Outstanding Research in Rationality and Society in 2017; and the Harrison White Award for Outstanding Scholarly Book in 2019. He was a developer of the NetLogo agent based modeling environment, and was awarded a U.S. Patent for inventing a method to promote diffusion in online networks. He is a member of the Sci Foo community and fellow of the Center for Advanced Study in the Behavioral Sciences at Stanford University. Popular accounts of Damon’s work have appeared in The New York Times, The Washington Post, The Wall Street Journal, Wired, TIME, The Atlantic, Scientific American and CNN, among other outlets. His research has been funded by the National Science Foundation, the National Institutes of Health, the Robert Wood Johnson Foundation, the James S. McDonnell Foundation, the Templeton Foundation, and the Hewlett Foundation. Damon’s speaking and consulting clients include Amazon, Apple, Cigna, General Motors, Microsoft, Ben & Jerry’s, the U.S. Army, and the NBA, among others. He is a series editor for Princeton University Press and the author of How Behavior Spreads: The Science of Complex Contagions (Princeton University Press, 2018), and Change: How to Make Big Things Happen (Little Brown/Spark, 2021). 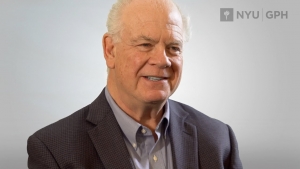 Keynote: “Inverse Generative Social Science: From Intelligent Agent Design to the Blind Model Maker”.
Abstract: The agent-based model is the principal scientific instrument of generative social science. Typically, we design completed agents—fully endowed with rules and parameters–to grow macroscopic target patterns from the bottom up. Inverse generative science (iGSS) stands this approach on its head: Rather than handcrafting completed agents to grow a target—the forward problem—we start with the macro-target and evolve micro-agents that generate it, stipulating only primitive agent-rule constituents and permissible combinators. Rather than specific agents as designed inputs, we are interested in agents—indeed, families of agents–as evolved outputs. This is the backward problem and tools from Evolutionary Computing can help us solve it, extending the reach of agent-based modeling, while addressing several common criticisms of it. Concrete examples of iGSS and outstanding foundational issues surrounding it are discussed. A theme throughout out is the need to evolve explicit formal alternatives to the rational actor, with Agent_Zero as one possible point of evolutionary departure.
Bio: Joshua M. Epstein is Professor of Epidemiology in the NYU School of Global Public Health, and founding Director of the NYU Agent-Based Modeling Laboratory, with affiliated appointments at The Courant Institute of Mathematical Sciences, and the College of Arts & Sciences. Prior to joining NYU, he was Professor of Emergency Medicine at Johns Hopkins, and Director of the Center for Advanced Modeling in the Social, Behavior, and Health Sciences, with Joint appointments in Economics, Applied Mathematics, International Health, and Biostatistics. Before that, he was Senior Fellow in Economic Studies at the Brookings Institution and Director of the Center on Social and Economic Dynamics. His research interest has been modeling complex social dynamics using mathematical and computational methods, notably the method of Agent-Based Modeling in which he is a recognized pioneer. He is a author of Agent_Zero: Toward Neurocognitive Foundations for Generative Social Science (Princeton University Press, 2013), and CGenerative Social Science: Studies in Agent-Based Computational Modeling (Princeton University Press, 2006). 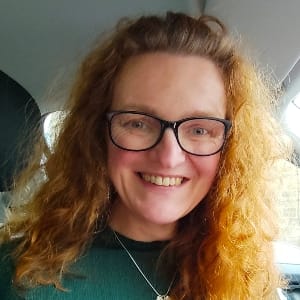 Keynote: “Simulating social systems with individual-based models: are they worth it?”.
Abstract: Over the past 15 years, the popularity of individual-based modelling approaches (i.e. agent-based modelling and microsimulation) has rapidly grown. This can be attributed to a number of factors including increased computational power, the availability of rich individual-level data and the appearance of development tools. The appeal of these models lies in their ready ability to simulate heterogeneous individuals and their behaviour. However, handling behaviour and calibrating/validating these models remain evergreen challenges. Is the effort that is required to create and evaluate these models worth it? This talk will introduce individual-based models and using a number of examples to walk through the pros and cons of this approach.
Bio: Alison Heppenstall is Professor of Geocomputation within the College of Social Sciences and SPHSU, MRC Unit at the University of Glasgow, UK. Prior to joining Glasgow, she was a Professor of Geocomputation in the School of Geography at University of Leeds, an associate of Leeds Institute for Data Analytics (LIDA) and an Alan Turing Fellow. She is an expert in the development of spatial agent-based models (ABMs) with a focus on understanding and simulating behavior. Her current interests are concerned with linking ABMs to machine learning approaches for improving ABM methodology. This includes quantifying uncertainty, robust evaluation methods and data assimilations. Empirically, she works within the area of Urban Analytics, creating digital twins and exploring the impacts on health and inequalities of sustainability policies. More detail on her here. 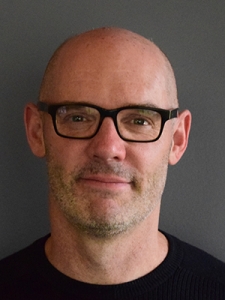 Keynote: Beyond allocation: How institutional ensembles can harness internal and external complexity.
Abstract: Traditional mechanism design considers a single domain and focuses on the properties of an allocation, such as whether it satisfies Pareto efficiency. As an approach for considering institutions in isolation, it has proven powerful. Institutions, do not, however, operate in isolation. They function within ensembles and produce internal and external complexity. Internal complexity arises because political and economic mechanisms, by they democratic, market based, hierarchical, self-organized, or algorithms, not only make allocations, they also build social networks, shape beliefs, incentivize behaviors, coordinate categorizations, and facilitate cognitive specialization and depth. These non allocative dimensions create the dynamic contexts within which institutions operate. That context, generally taken to the exogenous, is in fact, emergent. External complexity arises through interdependencies – not mere externalities – of actions. As recent empirical work on attempts to achieve the UN’s Sustainability Development Goals has shown, successful efforts on one goal either hinder or enable success on others. A research agenda that leverages the flexibility of agent based models to include both internal and external complexity of our political, economic, and social systems has much to offer.
Bio: Scott E. Page is John Seely Brown Distinguished University Professor of Complexity, Social Science, and Management at the University of Michigan. His research focuses focuses on the function of diversity in complex social systems, the potential for collective intelligence, and the design of institutions. He is fellow of the American Academy of Arts and Sciences in 2011 and a member of the Science Board at the Santa Fe Institute. He is author of The Model Thinker – What you need to know to make data work for you (Basic Books, 2018), an extraordinary introduction to the use of computational models to examine complex social processes.
More detail on him here. 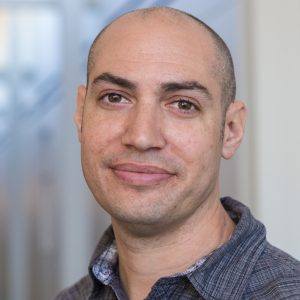 Keynote: “Models of Human Identity Signaling”.
Abstract: Identity signals inform receivers of a signaler’s membership in a subset of individuals, and in doing so shape cooperation, conflict, and social learning. Understanding the use and consequences of identity signaling is therefore critical for a complete science of collective human behavior. And, as with all complex social systems, this understanding is aided by the use of formal mathematical and computational models. I will present some formal models of identity signaling, sorted into two categories. First, I will discuss models used to study how identity functions as a signal, with a focus on public-health-related behavior and disease transmission. Second, I will discuss models used to understand how identity signals operate strategically in different social environments, with a focus on covert, or encrypted, communication. I will end by discussing a recent effort to test some of the latter model’s predictions empirically.
Bio: Paul Smaldino is Associate Professor of Cognitive & Information Sciences at the University of California, Merced, USA. He has broad interests related to cultural evolution, cooperation and complex systems. His research involves the development and testing of mathematical and computational models to understand how behaviors emerge and evolve in response to social, cultural and ecological pressures, as well as how those pressures themselves evolve. He is author of Modeling Social Behavior: Mathematical and Agent-Based Models of Social Dynamics and Cultural Evolution (Princeton University Press, 2023). More detail on Paul here.